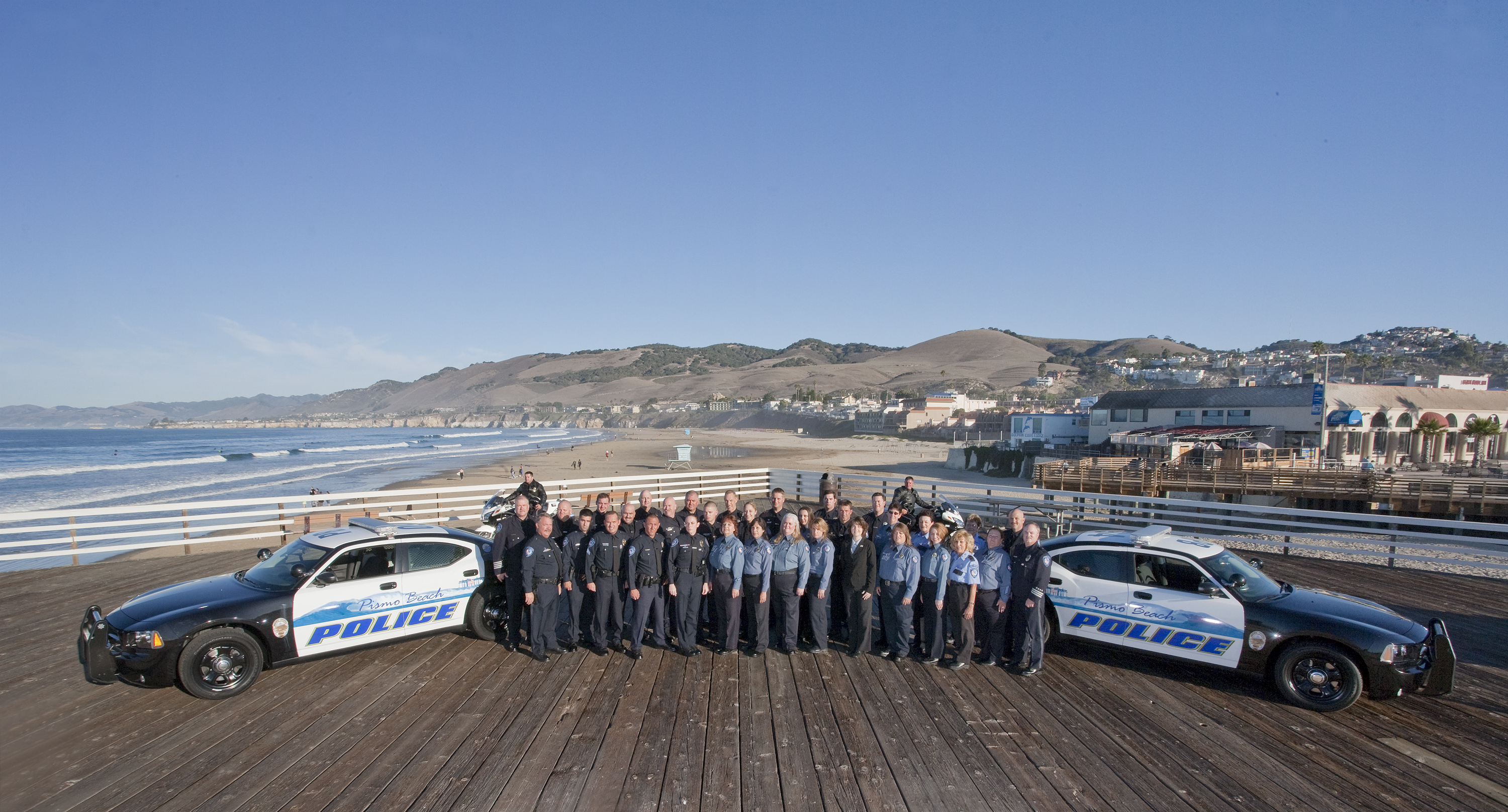 Service Area: The City of Pismo Beach is located along seven miles of scenic Central Pacific Coastline in San Luis Obispo County. Our Police service area is bordered by the Cities of Arroyo Grande and Grover Beach to the south and Avila Beach to the north. The resident population of Pismo Beach is approximately 8,630 with a seasonal tourist population reaching 35,000. The City also hosts several annual events such as the Car Show and Fourth of July Fireworks which draw crowds of up to 100,000 people. Police services during these seasonal influxes require careful planning and allocation of resources.


Accreditation: The Pismo Beach Police Department is an accredited agency by the Commission on Accreditation for Law Enforcement Agencies (CALEA). Read more about our department's accreditation.

The Pismo Beach Police Department consists of 34 employees, 23 of which are sworn police officers. The Department is divided into two service divisions, with a Police Commander overseeing each division.