2021 marks the City of Pismo Beach's 75th Anniversary of serving its residents, businesses, and the greater community. Officially established on April 25, 1946, after beginning its existence as a gold-rush-era beach community, Pismo Beach was founded on the same principles that we continue to value today—commitment to excellence and integrity. Established in the late 1800s by J. M. Price, a former San Luis Obispo County Supervisor, Pismo Beach’s namesake is the word pismu, meaning tar, that was used by the Chumash people who originally inhabited the area. Pismo Beach soon became known as the “Clam Capital of the World” and came to exemplify the notion of a Classic California beach town. Today, Pismo Beach retains its classic charm and is still known for its iconic Pier, surfing competitions, clam chowder, annual community events, and miles of scenic shoreline. During our 75 years as a city, Pismo Beach and the surrounding community have continually grown to become internationally known as a destination with something to offer every visitor. Nestled between the blue waters of the Pacific and the rolling hills of Wine Country, Pismo Beach has continued to be an innovative and inclusive community that is parallel to none.  We are proud to serve this well-respected community and look forward to celebrating 75 Years in this beautiful city that we call home. Pismo Beach is a small but mighty city that prides itself on its world-class amenities, economic strength, regional partnerships, “Classic California” character, and five-times-accredited Police Department, all of which contribute to the quality of life for its residents, businesses, and visitors. The City of Pismo Beach remains committed to providing a vibrant, safe community for its residents to live and recreate in. While current protocols require modified festivities, there will be opportunities throughout the year to show our appreciation, from the Fourth of July to our Clam Festival, and other smaller ways. You may have noticed that roadways in town have been sun-kissed with banners to commemorate the occasion. Stay tuned to the City’s website for up-to-date information on the 75th Anniversary.

Click here to read about the history of Pismo Beach. 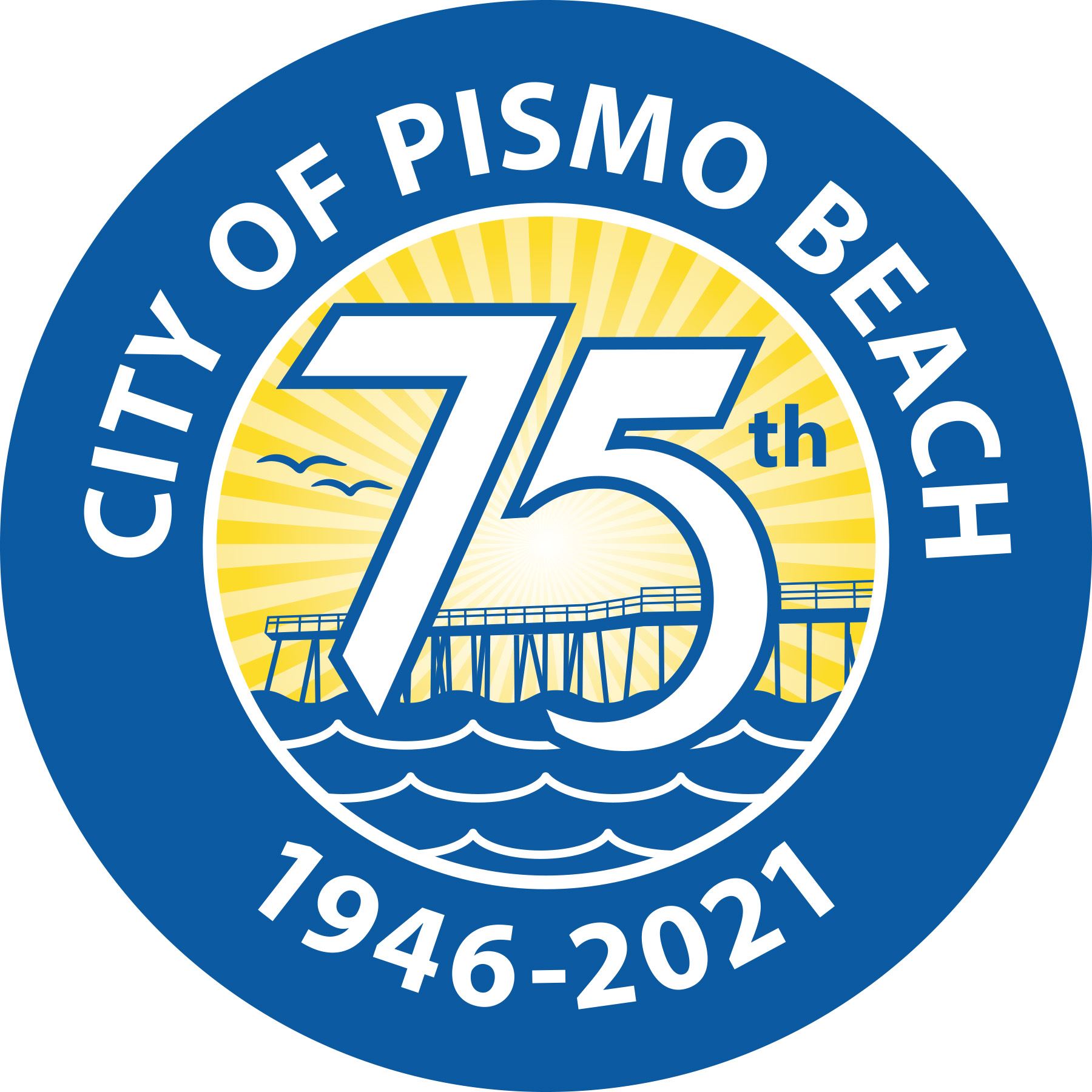 Come celebrate with the Mayor and Pismo Beach City Council at this community event to start off our 75th Year Celebration! We want to thank

our residents for all of the support over the past 75 years. Drive-thru our City Hall parking lot and receive a special commemorative treat

from your City Council!

Help us celebrate 75 years of Pismo Beach by entering to win a 2-night stay at a Pismo Lodging property of your choice and 2 $100 Visa gift cards for dinner and a Pismo activity of your choice! We want to see your favorite memories made in Pismo Beach over the last 75 years.

Click the link below to upload photos/videos and to enter into the contest: https://upload.crowdriff.com/75yearsofPismo

Contest rules and conditions are here.

We can’t wait to see the best of Pismo Beach through your eyes!

Join us for the Pismo Beach July 4th Celebration on the Pier! Stay tuned for further details.

Please accept this as a personal invitation to join us for the Pismo Beach 75th Anniversary Gala on the Pier Plaza on Friday, October 15th at 5:00 pm. This will be a wonderful evening outdoors under the stars as we reflect on the past 75 years as a city. We appreciate all of your commitment and support to move our city forward these past 75 years and hope you can join the celebration.

Don't miss out on the chance to be a part of our City's signature historical event as we commemorate the incorporation of our beautiful City of Pismo Beach.

Be sure to mark your calendars for our live celebration as we celebrate our 75th year of the annual Clam Festival in style.

We will be bringing back the parade, kids zone, clam chowder contest, local food and wine, live music, and more, see you

next year for this timeless event.