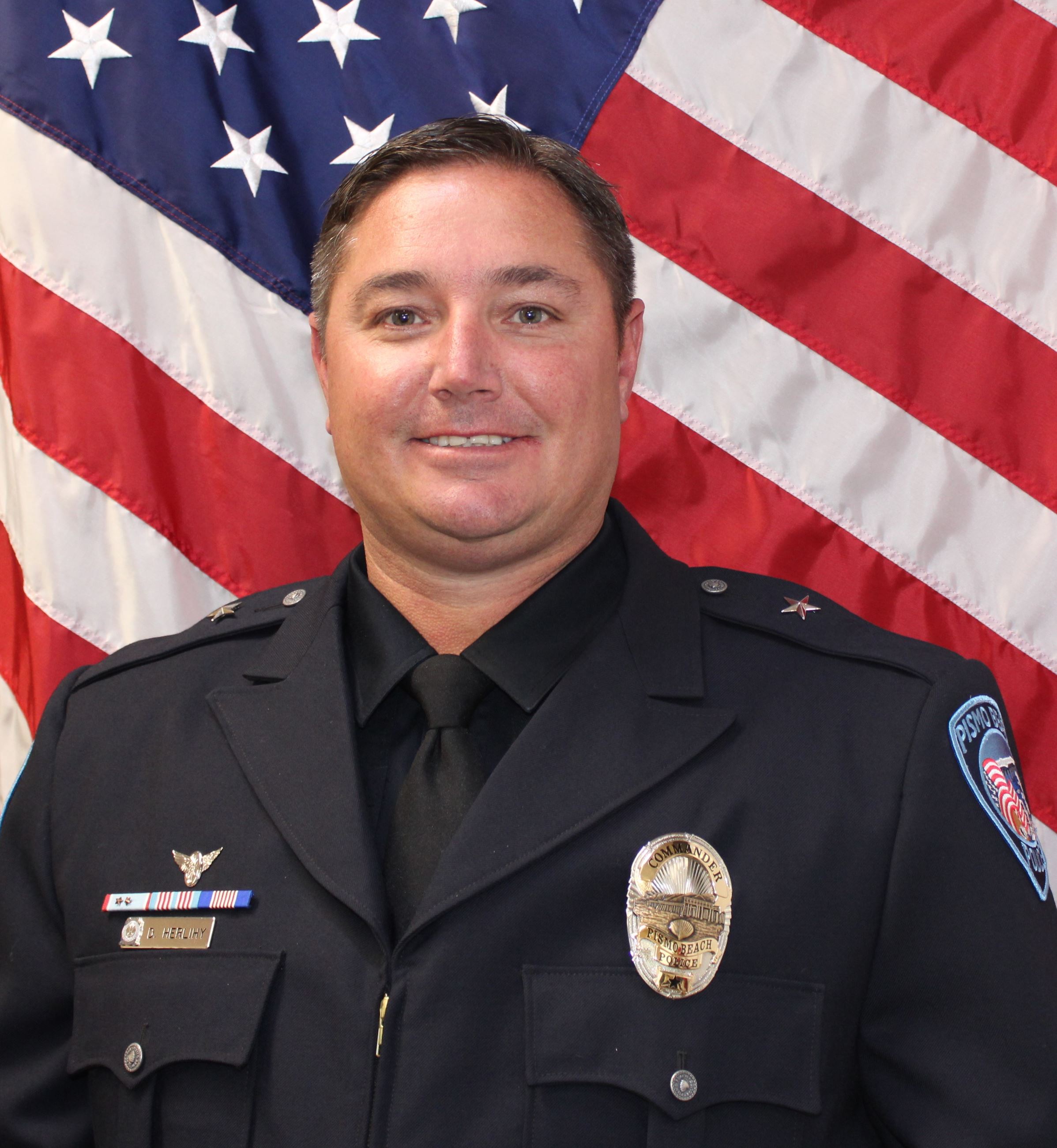 Commander Daniel Herlihy leads our Support Services Division and has been employed with the Pismo Beach Police Department since 2007. Commander Herlihy is a lifelong resident of the central coast. He attended Arroyo Grande High School (1991) and after his service in the United States Army (1993-1996), he went on to earn a Bachelor’s of Science in Business Administration at California Polytechnic State University (2003). Commander Herlihy has progressed through the ranks of Officer, Corporal, Sergeant and his current rank of Commander. During his tenure, he worked as a Motorcycle Officer for five years and was also a Field Training Officer. As a Sergeant (2014-2020), Commander Herlihy had the opportunity to supervise the Traffic Division, Investigations Division, Field Training Program, Reserve Program, and Scheduling and Training Division. He enjoys spending time with his wife and three children who keep him busy on his days off.

Communications: Public safety dispatchers are responsible for answering all 9-1-1 and business phone calls coming into the police department as well as maintaining radio communications with police officers in the field. Dispatchers are charged with determining the type of assistance needed and sending emergency personnel to police, fire and medical emergencies. Dispatchers also answer “ring-down” lines which link the communications center to the San Luis Obispo Sheriff’s Department and Cal Fire. Utilizing a Computer Aided Dispatch system (CAD) the dispatchers continuously document everything that is communicated to them on the phone and radio. Pismo Beach dispatchers are also trained in Emergency Medical Dispatching (EMD) which is designed to further assist the public during medical emergencies.

Investigations Bureau: The bureau, consisting of one Detective Sergeant, one Detective, and a part-time Detective, works directly with the FBI, US Secret Service, Homeland Security, Joint Regional Intelligence Center, local and outside law enforcement agencies and the San Luis Obispo District Attorney’s Office in order to solve and help reduce crime in the city of Pismo Beach. Due to its small size, the bureau utilizes all available resources in order to conduct large scale investigations. The Special Problems Unit officer and the Community Services Officer who manages property and evidence also fall under this bureau.

Records Bureau: Records and information is a critical function for the effective delivery of law enforcement services. Maintaining the security and integrity of police records is an essential component of the record function. The department has two Records Technicians who process and maintain all electronic and hardcopy records.